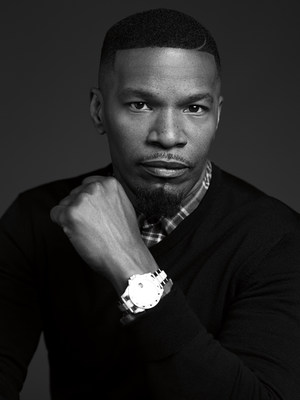 "We designed Marketo's 2018 Summit experience to celebrate the fearless, not just in marketing but every profession. Marketers crave authentic, inspired dialogue more than ever before, which is why we're bringing bold stories from everyone, from artists to athletes, to center stage this year," said Sarah Kennedy, chief marketing officer, Marketo. "This is also why Jamie Foxx, one of the most talented entertainers of the decade, will join us to share his story of fearless, bold choices that have made him an icon in comedy, music, film, and business."

Foxx rose to fame as a comedian, eventually transitioning to television and film. One of his most memorable roles was his portrayal of Ray Charles in the movie "Ray," for which he took home an Oscar, Golden Globe, Screen Actors Guild Award, and British Academy of Film and Television Arts Award, among others. Other notable film credits include his starring as the title role in 2012's "Django Unchained." Foxx is also a Grammy Award-winning musician who has released five chart-topping R&B albums.

To register for Marketing Nation Summit, or see more on the talented line-up of speakers click here.

Beyond this year's Marketing Nation Summit keynotes, Marketo is looking for stories of fearlessness in marketing and seeking nominations for the 2018 class of the Marketo Fearless 50. This yearlong program will recognize the top 50 current or emerging marketing leaders in the world, who are driving bold, fearless digital transformation. Any marketer – regardless of what stage they are in their career, the tools they use, or the types of customers they serve – can nominate themselves or a fellow marketer via social media for a chance to be featured at Summit in San Francisco.

To learn more about how to nominate someone for the Fearless 50, click here.

About Marketo
Marketo, Inc., offers the leading Engagement Platform that empowers marketers to create lasting relationships and grow revenue. Consistently recognized as the industry's innovation pioneer, Marketo is the trusted platform for thousands of CMOs thanks to its scalability, reliability, and openness. Marketo is headquartered in San Mateo, CA, with offices around the world, and serves as a strategic partner to large enterprise and fast-growing organizations across a wide variety of industries. To learn more about the Marketo Engagement Platform®, LaunchPoint® partner ecosystem, and the vast community that is the Marketing Nation®, visit www.marketo.com.